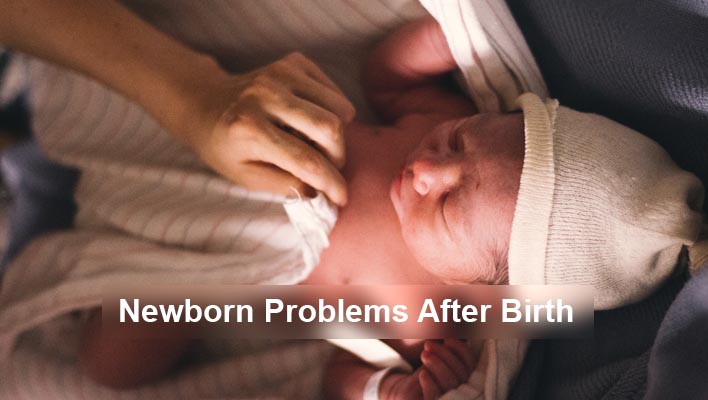 60-80 percent of newborns have jaundice and it goes away at the age of 10-12 days. Even a healthy newborn can have some problems within a week of age, which worries the parents. These symptoms, however, do not fall into the stage of illness. No treatment is required for this. But there needs to be a scientific idea. Otherwise, many people become obsessed with superstitions and do various things. Here are 10 problems:

1. Milia: In the first few days after birth, the skin’s sweat glands may appear as white lumps on the baby’s nose and face. These heal on their own in a few days.

2. Erythema toxicum: In common parlance, it is called Masipsi. They appear on the face, chest, and back on the second or third day of life. It looks like a sack that encloses with a drawstring. Sometimes there may be white pus on the face of the cocoon. It also heals on its own.

3. Mongolian Blue Spot: This bluish-black spot, especially on the back. There is nothing to fear. This spot has nothing to do with Down syndrome. Usually, it also heals on its own.

4. Epstein Pearl: A pearly-looking epithelial cell membrane may be present inside the mouth on the palate or on the tip of the penis. There is nothing to worry about.

5. Swollen breasts: Swollen breasts can be seen in both newborn boys and girls. This is due to the effect of hormones received from the mother during pregnancy. These also do not require any treatment.

6. Vaginal Bleeding: Vaginal bleeding, like menstruation in a newborn girl, is not uncommon. However, the parents became very worried. This is due to the estrogen hormone released from the mother’s body to the baby’s body during pregnancy. Within a few days, it was closed.

7. Vaginal discharge: Hormones from the mother during pregnancy can cause a thick white discharge in the vagina of a newborn girl. It also heals on its own.

8. Natal tooth: In common parlance, it is called fetal tooth. Usually in the middle of the lower floor. There is no reason to think it is evil or unlucky. It falls out before the baby teeth come out. However, if it is shaky or has trouble sucking breast milk, it can be removed.

9. Phimosis: In this problem, the skin of the tip of the penis of the newborn baby is fixed in such a way that the tip of the urethra is also very narrow or not visible. In the language of medicine, it is called ‘Pin Hole Miatas‘. If there is no problem with the baby’s urine, there is no need to worry about it.

10. Physiological jaundice: It is called innocent jaundice. This problem is seen in 70-80 percent of newborns. Without jaundice, the baby has no more problems. The color of urine is white. It goes away at the age of 10-12 days.